Palestine Is Now Recognized by Google 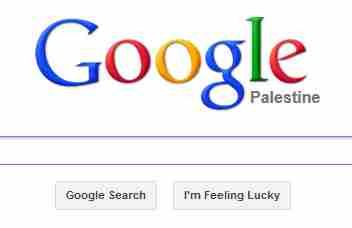 (NEWSER) – The UN recognized the state of Palestine last year, but there's probably some Palestinians who think this latest convert might be more influential: Google. The BBC notes that the search engine has changed the tag on the home page of its Palestinian edition to read "Palestine" instead of "Palestinian Territories." The change went into effect at the start of this month, and a company spokesman cites the UN precedent, adding that Google consults "a number of sources and authorities when naming countries." The Palestinian Authority is thrilled because "this means putting Palestine on the virtual map as well as on the geographic maps," says a spokesman.

North Korea Backs Down on Missiles 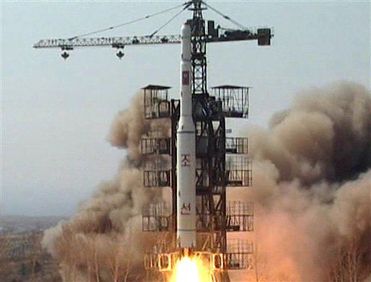 (NEWSER) – North Korea has been throwing around plenty of fighting words lately, but two things that won't be getting off the ground anytime soon: a pair of Musudan missiles, which Pyongyang has just removed from a launch site on the country's east coast, reports CNN. The missiles werebelieved to be within range of US military bases in Japan and Guam. A US official confirms the missiles have now been moved to a storage facility. 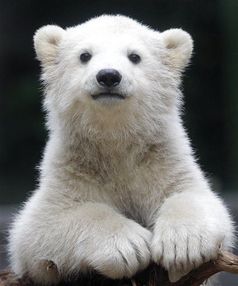 (NEWSER) – If you passed on the job posting for amanager at Stonehenge, the AP has another weird help-wanted ad to consider. It seems Norway's remote Svalbard region needs an official polar bear spotter this summer. The idea is to keep your eyes peeled for bears, then yell like crazy if one shows up to warn nearby scientists to take cover. Applicants need experience with guns, but Svalbard officials say they probably won't need to use one—"just as long as they have a loud voice" to scare the bears. One reason for the job posting: Polar bears outnumber humans 3,000 to 2,400 in the region. 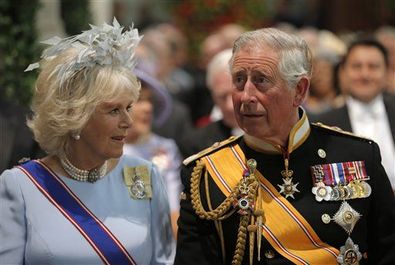 Still waiting... Britain's Prince Charles and his wife Camila, Duchess of Cornwall take their seats at the New Church in Amsterdam, Tuesday, April 30, 2013. (AP Photo/Peter Dejong, Pool)
(NEWSER) – It's party time in Amsterdam: Queen Beatrix has signed her abdication papers, making her son Willem-Alexander the country's first king since William III died in 1890. Huge orange-clad crowds gathered in the Dutch capital to say farewell to the popular queen and celebrate the annual Queen's Day holiday, which will be King's Day next year, the BBC reports. Crowds watched giant screens in the city's Dam Square outside the palace as Beatrix, Willem-Alexander, and his Argentine-born wife signed the papers before emerging on a palace balcony, followed by the couple's three young daughters.

The new king and queen's eldest daughter, Catharina-Amalia, is now Princess of Orange and next in line for the throne. Willem-Alexander—who says he wants to be "a king that can bring society together"—was later inaugurated in a ceremony attended by royal guests from 18 countries, though it wasn't a crowning. "A Dutch monarch is never crowned," the Guardian explains. "It’s not a coronation. There is of course a Dutch royal crown, but it’s never actually worn. It’s almost more like a Washington thing. It’s an inauguration and swearing in." At 46, he is now Europe's youngest monarch, notes the Telegraph.